Since the first Pro League season in 1999, 14 different players from seven different clubs have won or shared the top scorers title. Devorn Jorsling became the first player to claim the Golden Boot on four occasions, after scoring the most goals in the 2008, 2010–11, 2012–13, and 2014–15 seasons. However, complete statistics and goal scoring records are unknown for the 1999 through 2003–04 seasons.

Arnold Dwarika holds the record for most goals in a season (45) – for Joe Public.[59] Dwarika’s record came in the 1999 season, which consisted of 28 games. The first foreign player to claim the Golden Boot was Guyanese international Randolph Jerome of North East Stars who finished with 28 goals in 2003–04. Since then, four more foreign players have finished as the league’s top scorer. Gefferson (Brazil) and Earl Jean (Saint Lucia) shared the title in 2005 with 14 goals each. Other foreign players to win include Roen Nelson (Jamaica) in 2007 and Peter Byers (Antigua and Barbuda) in 2008.

The highest-scoring match to date in the Pro League occurred on 13 October 2004 when W Connection defeated Tobago United 17–0.[60] In fact, Saint Lucian Titus Elva scored nine goals in the match and is currently the holder of the Pro League single game scoring record. Devorn Jorsling has the honour of achieving the most Pro League hat-tricks with nine. Former Joe Public, North East Stars, and current San Juan Jabloteh winger Kerry Baptiste has scored three or more goals on eight occasions. In addition, Baptiste, Elva, and Nixon are tied for the most league matches with four or more goals (a beaver-trick) with two.

During his days as a football, Josimar Belgrave scored 64 goals in his career in the TT Pro League.

Jason Marcano (born 30 December 1983) is an international soccer player from Trinidad and Tobago who plays professionally for San Juan Jabloteh as a forward. Jason was born to parents Maria John and Steve Marcano the only boy with five female siblings. He started his football career at the age of 10 while attending arima west government primary school, he later went on to play for the under 20 team and the Trinidad and Tobago under 23 Olympic teams in 2003. Jason is married, has one son and lives with his family in Arima. He is in the list of all-time top scorers by scoring 66 goals in TT Pro League. 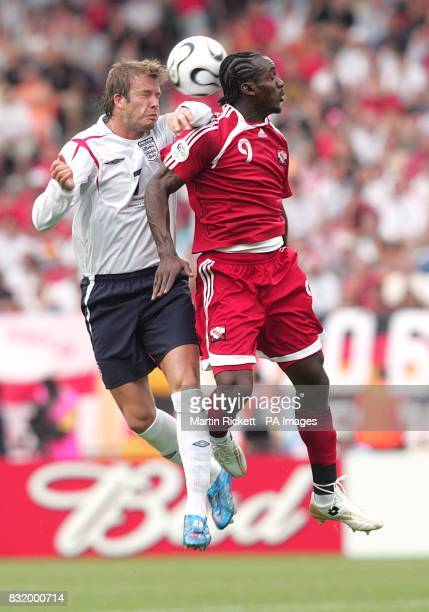 Whitley played for San Juan Jabloteh for 9 years in the TT Pro League prior to his contract termination in September 2007 after comments by manager Terry Fenwick regarding the player’s attendance at practices.[2] Several days later, he was signed by rival club W Connection where he remains to date (as of July 2008). His previous clubs include Superstar Rangers and Vitoria Setubal.

Whitley made his international debut for the Trinidad and Tobago national football team (T&T) on November 15, 2005 in a 2002 FIFA World Cup Qualifier against Panama.[3] He played most of T&T’s qualification matches for the 2006 FIFA World Cup in Germany when T&T qualified, its first ever qualification. He played at the World Cup in all of T&T three games. He was absent from the national team for all of 2007 along with other World Cup players due to a dispute over bonuses with the Trinidad and Tobago Football Federation. He returned to the national team as captain for a friendly match against El Salvador in March 2008 and has retained the captain’s armband for all games since (as of July 2008).